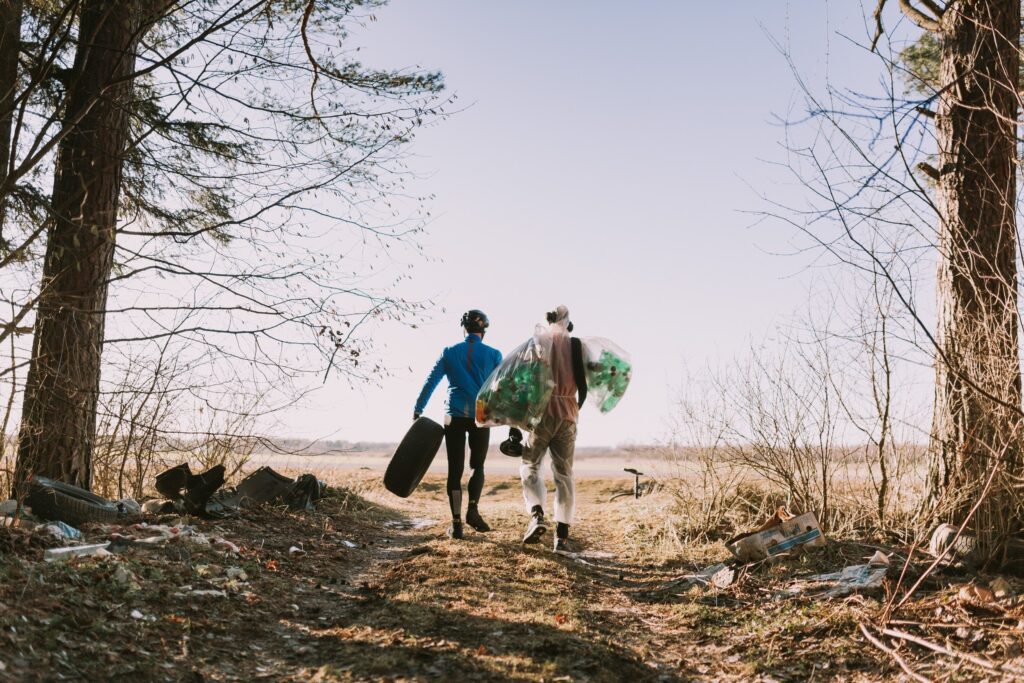 “Let’s save the world, one bottle at a time”

A little while ago, we were out on an early morning bike ride through the countryside, the sun was shining, the birds were singing, and we had a slight tailwind. Everything was going well, but then we spotted something, next to the road was some trash that had just been dumped. Empty bottles, plastic bag’s, car tyres and even some old cycling rubbish was there! Unfortunately this is not a unique sight for any cyclists – we often see rubbish that has been dumped, just lying around when riding, these things are common sights to see while peddling around the countryside. Suddenly our good feelings from a few minutes ago was gone, there must be something we can do about it?

“As soon as we saw the mess, we realised there was possibilities, so we immediately called our top scientists”

It was then that it hit us! What about recycling all this junk and turning it back into cycling clothes? Is that even possible? Would it work? We immediately called up our top head scientist at moomoo to come over and help with the clean up and get the bottles back to moomooland. Our scientist was first confused, but after some careful explaining, he soon realised the great potential in recycling these bottles into cycling clothes and quickly headed over to where we were.

“Our scientists made some analysis and realised the possibilities, so we started collecting!”

So at this point the training ride was less about hitting Strava targets and more about collecting bottles – we found lots of spots where trash had been dumped but we must admit that (thankfully) this was a harder task than we thought because the countryside around Tartu is already quite decently clean. At one point a ‘helpful’ motorist was ‘kind’ enough to throw a bunch of bottles out of his window while driving past. With this kind of help, we were able to quickly gather up a large bag of rubbish waste.

We arrived back at moomooland with our rubbish collection and told our top designers about our idea. After much analysis and data mining, we arrived to our main conclusion – if we want to make clothes out of plastic, then we need to find a way to turn plastic bottles into fabric. The main question then is – ‘how to turn all this plastic into material?’ We remembered from watching Discovery Channel that the first step to recycling is to break it down, but how? Various options were tested to do this. We tried stamping on it, but this just ruined our carbon soled cycling shoes, we tried hitting it with an axe, we tried putting it into a wood chipper but finally we found that grinding it through an old meat grinder scientifically worked the best!

“After hours of research and analysis, we found the best way to turn plastic bottles into fabric, is to use a meat grinder”

Many hours were spent – pulling apart water bottles, grinding them and sewing it all back together – tests were made and many late nights were spent until finally we had our first prototype. We took the plastic from the water bottles and turned it into fabric, we took the rubber from the inner tubes and turned them into the bib short straps and then from the inner tube valve we made zippers. We continued with the idea, making changes here and there and running tests. Until finally we had it, our first prototype for the world’s first 100% recycled cycling kit from garbage!

“We pulled apart bottles, broke them down, and sewed them back up!”

Disclaimer – We hope you have a great April the 1st and we are looking forward to the new cycling season just as you are! Although this article should not be taken too seriously, all of us here at moomoo’land do consider recycling to be a very important topic which we have been working hard on for the last year. Stay tuned for a big new announcements about our recycling project in the next few weeks! 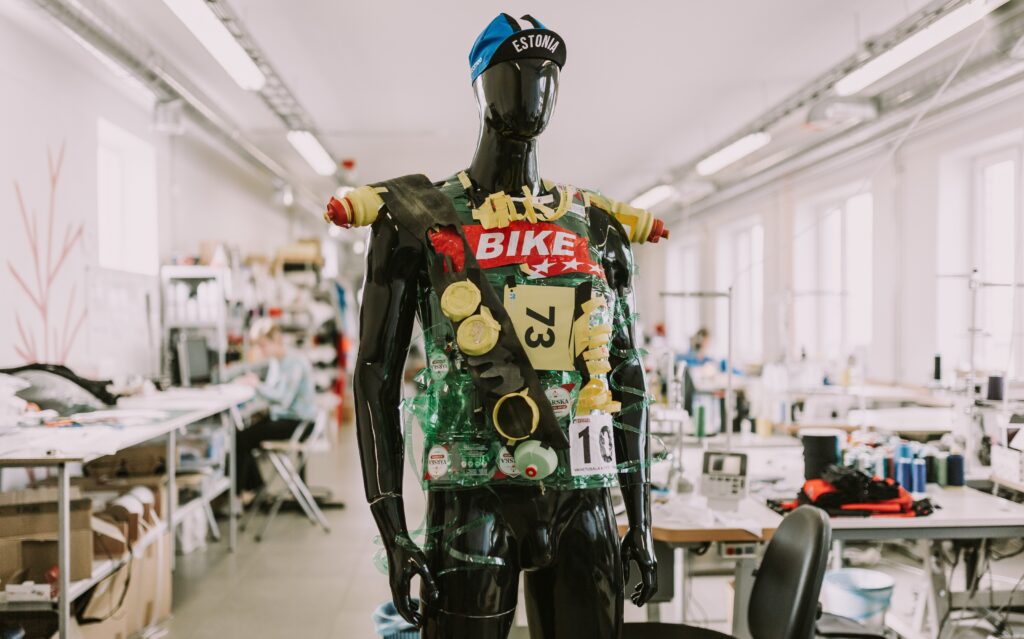 “Recycling – the new hero at moomoo-land”