The 2020 cycling season has just come to an end with a great finale to mark the end of the Vuelta a España. Calling the end of the season in November is not something that happens every year but as we all know, 2020 is not a normal year. Like it or not, the main story this year has been Covid-19. In this blog we will take a look back on the year and how cycling had to cope in this ‘Corona’ year.

Back in the start of the year all the riders gathered in their respective training camps while some pinned on early season race numbers. Off the bike while browsing on their phones, the usual combo of Twitter, Facebook, Instagram, cyclingnews, procyclingstats etc, some riders might have noticed a story slowly growing online, about a virus in some unknown Chinese city far away. unbeknown that in a few week time this virus will grow into a pandemic that will bring world cycling (and all sport) to an immediate halt, faster than any disc brake can.

the Austalian, Tour Down Under came and went with no problems and then the riders continued in Argentina at the Vuelta a San Juan but still there was no cause for alarm. The riders all arrived back into Europe to start the main season with Het Nieuwsblad / Kuurne-Brussel-Kuurne opening weekend in Belgium showing us some promises of great races ahead. Then the first whispers, in an interview with Giro organiser Mauro Vegni citing the recent spike of Covid-19 cases in Italy could threaten the early season Monuments like Milan San Remo. At first this seemed to be a bit of a overreaction but as the days followed and the scope of the outbreak in Italy started to be better known, the cycling world started to wonder ‘Could this affect soon races?’ The UAE tour started with the much anticipated return of Chris Froome, but it was not long before the attention was turned to the news that two team UAE riders had tested positive for Coronavirus. The race was stopped and suddenly the thought on everybody’s mind was ‘What now?’.

The storm clouds continued to gather as the riders took to the start of Paris-Nice and although this race typically has a stormy start, this year things did not get brighter as we approached Nice. Globally the virus had moved from epidemic to pandemic levels with now cases being reported in all the corners of the globe. Flights were being cancelled and governments started to shut down their countries down. Around Europe races were being announced as postponed . Nobody knew what would happen, after a few days riders and teams started to drop out bit by bit. Each stage was raced flat out, anticipating that this stage might be the last race they would do for a while. The race was decided to be shortened one stage from the end with Nice to Valdeblore La Colmiane, won by Nairo Quintana.

Shortly after the race the UCI announced a complete suspension of all racing, initially until April but later extended until July. An unheard of situation for pro cycling. In this time we got to see inside the homes and garages (or Pain caves) of our favourite stars, peddling away on their home trainers while they participate in so called ‘virtual events’ like the virtual Tour of Flanders  and Tour de France. Fun as this sounds, they were not so interesting to watch and a poor substitute to real racing. 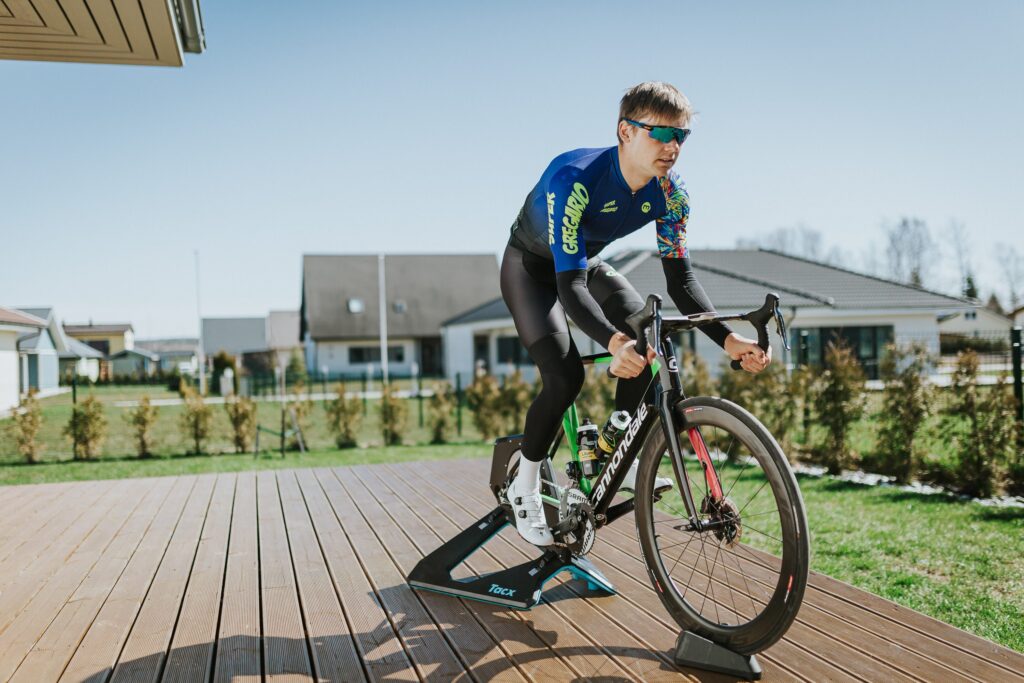 July rolled slowly around and as the European summer reduced the number of cases we started to get ready to watch racing again. Some big questions were in the air, ‘who would come out of lockdown strongest?’, ‘would we have a Tour de France?’, ‘what if Corona cases start to increase?’ To allow for racing to go ahead safely, without risk to riders, staff, fans and the local area that the races pass through. Some special rules and procedures were introduced. The so-called ‘Bubble‘. Teams would be heavily tested in the days leading up to and during a race on rest days and contact with people outside of the race would be banned. Riders essentially will live and race inside their own bubble. Moving from their hotels to races and back with no direct contact with fans and interviews with press kept to a minimum and done at a distance.

Some interesting things in this time include, doing interviews with masks on, key climbs in the race being void of fans, podium ceremonies kept to a minimum etc. This bubble allowed two key things, it allowed bike races to return either in the form of one day races or 3 week tours and it was done with very little risk to rider health. As a recap on the three tours, in the Tour de France there were 0 rider positives, the Giro had 4 positives and the Vuelta had one positive test before the race began. The measures taken by riders and team to avoid catching Covid-19, such as washing hands, not sharing food, wearing a face mask etc meant that during these races there was very little cases of riders picking up the usual colds and flues that sometimes creep in towards the end of a 3 week race.

Many people criticised the organisers of the these races for going ahead with the racing in the middle of the pandemic, in some cases the race routes had to be diverted because of town mayors refusing to allow the race pass through their towns. In each of the three Grand tours the races started with uncertainty, with riders and teams braced for the news to hit at any moment that the race would be stopped. Thankfully we were able to get through all three grand tours without major incidence.

These are certainly uncertain times but the lessons we have learned this year will certainly come into use next year as we try to navigate our second year under the cloud of Corona. Hopefully we will see a calender filled with all our favourite races, even if we initially have to deal with seeing hills and finish lines without fans. Time will tell how we remember this 2020 season and what parts of the ‘new normal’ we will take with us once we hopefully move past Corona. Hopefully a sight we will see again soon, Fans crowding a finish area.

Words and Photography by Adam Illingworth